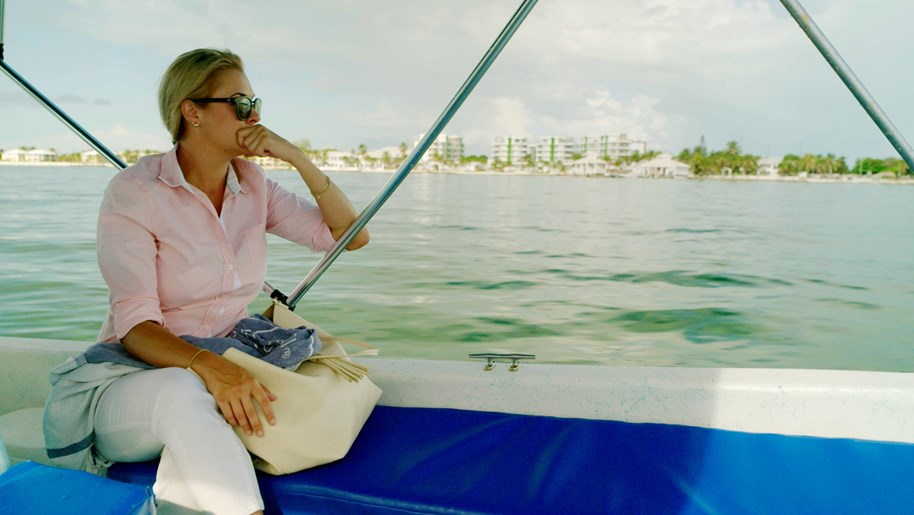 High-profile international crime documentary ONE BULLET IN BELIZE (1 x 60’) follows Jasmine Hartin as she prepares to stand trial for the killing of a top-ranking police officer. A sensational crime case involving powerful forces in Belize and in Britain, this special documentary has unrivalled access to Hartin and relatives of the victim. The inside story of a glamorous high society mother in the dock, a police chief and father-of-five shot dead at midnight, unwanted attention for the family of a British billionaire and one bullet that shattered the paradise island image of a tiny UK protectorate on the shores of the Caribbean. A SPA Media series for Discovery+ and Passion Distribution.

Factual highlights include landmark BBC Two documentary series, ART THAT MADE US (8 x 60’) which explores some of the formative works of painting, sculpture, architecture, music, literature and drama across 1,500 years of British history. Produced by ClearStory and Menace for BBC Two the series will premiere on 7th April 2022.

I MET MY MURDERER ONLINE (26 x 30’) reveals chilling cases where online relationships turned deadly. Each episode tells the story of how an online connection led to murder. Whether it’s the excitement of online dating, the lure of money-making schemes, or the chance to cheat on your partner, every story is different, but everyone has a tragic end. Featuring expert analysis and dramatizations. Produced by 4:44 Production + Development for CBS Syndication.

Youth skewing investigative documentaries include TOURETTE’S MYSTERY: SCARLETT INVESTIGATES (1 x 60’) follows TV personality Scarlett Moffatt who is on a personal journey as she explores Tourette’s Syndrome after she herself developed facial tics when she was just 12 years old, and spent two years of her life with the tics that were a result of Bell’s palsy.  Scarlett will leave no stone unturned as she finds herself in the middle of the debate and researches every potential cause – is it purely a symptom of the pandemic? Does social media have a part to play? Or could it be mass hysteria?

Also from Firecracker Films, STACEY DOOLEY: INSIDE THE CONVENT (1 x 60’) in which Stacey Dooley experiences what it's like to live as a nun, spending 10 days living alongside the Order of the Holy Paraclete Anglican religious community who reside at St Hilda's Priory in Whitby. Produced by Firecracker Films for BBC One.

VICKY PATTISON: MY DAD, ALCOHOL AND ME (1 x 60’) sees TV star Vicky Pattison explore her relationship with alcoholism in this authored documentary. As a Sunday Times bestselling author, podcast host, TV presenter and a social media influencer with a huge following of five million, Vicky has hidden the real story behind her complicated love-hate relationship with alcohol, until now.

Bold factual experiment format OPEN HOUSE: THE GREAT SEX EXPERIMENT (6 x 60’) follows 8 committed, monogamous couples as they join a social experiment, to decide whether they are ready to allow each other to have sex outside of their relationship. The series is produced by Firecracker for Channel 4 and will premiere 1st April 2022.

LOVE IN THE FLESH (8 x 60’) is the new dating series, where couples who have only ever connected online go to a tropical paradise to see if their digital dating can make it in real life. The series is produced by East Sussex based Ten66 and premiered 23rd March 2022 as part of BBC Three’s linear relaunch.