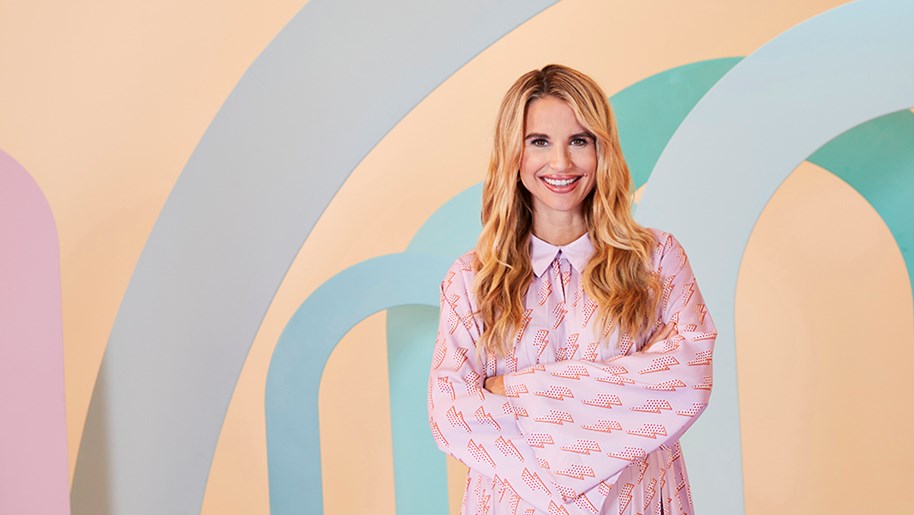 Factual entertainment series SEND NUDES: BODY SOS (10 x 60’) is a warm-hearted, transformational series which offers people with very personal body hang-ups, the opportunity to look into the possible future, via 3D animated avatars, to show them an ideal of what they could look like if they went ahead with their desire for cosmetic surgery. However, they won’t be alone, as they’ll be supported by presenter, Vogue Williams in the studio, medical experts and a diverse panel of 50 people from across the country. The panel will get sent the individual’s ‘nudes’ and add their honest feedback into the mix as the contributor looks to make a very big decision. Produced by Crackit Productions for E4.

DINOSAUR WITH STEPHEN FRY (4 x 60’) is a premium four-part documentary series that chronologically tells the definitive story of their 165 million years on earth - from the dawn of the dinosaurs to their extinction. Presented by legendary actor, writer, and dinosaur enthusiast, Stephen Fry, this series immerses audiences in a new and magical dinosaur world, constructed with cutting edge technology and features world leading palaeontologists and scientists. Produced by Mentorn Media for Channel 5.

In entertainment, MEN OF WEST HOLLYWOOD (10 x 60’) follows six well-known male socialites, along with their boyfriends and girlfriends, as they come together to make up the most drama-driven, polarizing friend group in West Hollywood. Amongst close friends, the Men share intimate memories and emotional coming-out stories, finding a new level of trust in one another. Produced by Get Me Out Productions for Crackle.

FREDDIE FLINTOFF’S FIELD OF DREAMS (3 x 60’) follows Freddie Flintoff, global cricket icon, as he returns to his home town for the sporting challenge of a lifetime. Can he inspire some unlikely teens to give cricket a chance - or has he bitten off more than he can chew? The series is produced by South Shore for BBC One. FOOTBALL DREAMS: THE ACADEMY (6 x 60’) follows the group of boys determined to achieve their dreams of becoming professional footballers, at the prestigious Crystal Palace Football Club Academy. Produced by South Shore for Channel 4.

Further documentary series include THE COTSWOLDS WITH PAM AYRES (4 x 60’) in which poet Pam Ayres uses her local knowledge to reveal both the familiar and the not so familiar gems of one of Britain’s most beautiful areas – The Cotswolds. Produced by True North Productions for Channel 5.

NORTHERN JUSTICE (10 x 30’) is a heart-warming and funny, moving and timely, new documentary series that follows a passionate cast of lawyers in the North of England as they guide ordinary people through extraordinary times in their lives. Produced by Middlechild Productions for BBC One.

Factual entertainment series WOMEN'S HEALTH: BREAKING THE TABOOS (4 x 60’) uncovers the secrets surrounding women’s health and explores some of the biggest issues out there. Across the series Cherry Healey joins a variety of women who share their stories, discover what help is there and embark on treatment. Breaking taboos and overcoming stigma, this is a hands-on, enlightening guide to managing conditions that many women struggle with. Produced by Lambent Productions for Channel 5.

Co-produced by Spark Media North & Beezr Studios for Channel 4, new series TOOL CLUB (15 x 60’) features an ensemble cast of expert DIY-ers giving the nation the tools, equipment and confidence to do it for themselves. On board the Tool Bus (a unique mobile studio/workshop on wheels) the experts travel to a different location across the country each week. Unlike on other DIY shows, the Tool Club won’t be doing all the work but will instead be teaching the public skills which will enable them to complete tasks themselves - with surprisingly impressive results!

The moving documentary JOHN AND JOE BISHOP: LIFE AFTER DEAF (1 x 60’), follows comedian John Bishop and his son Joe’s journey into the deaf community and unpacks the issues the family have faced. John Bishop’s eldest son, Joe, has an autoimmune condition causing progressive deafness. After a decade of trying to “fix” Joe’s hearing, the family come to the realisation that it is now time to reconsider and find out more about the Deaf Community. John has set himself the target of delivering an entire signed stand-up comedy gig to a deaf audience. Produced by South Shore and Lola for ITV.

Fascinating documentary THE BODY IN THE BAG (1 x 90’) takes a deep dive into the mysterious story around the death of Gareth Williams; a GCHQ employee on secondment to MI6, who was found dead inside a padlocked duffel bag in the bath of his London flat. Produced by Firecracker for Channel 5.

AFGHANISTAN: NO COUNTRY FOR WOMEN (1 x 60’) A British-Iranian correspondent Ramita Navai powerfully exposes the reality of life for women under Taliban rule in Afghanistan in this powerful documentary.

Royal documentaries include ELIZABETH: A LIFE THROUGH THE LENS (1 x 60’) marks the reign of Queen Elizabeth II as the most photographed and filmed person of the last seven decades. Using archive which has rarely been broadcast, the documentary takes a look back at her reign and how she handled a life on screen. Produced by Unity House.