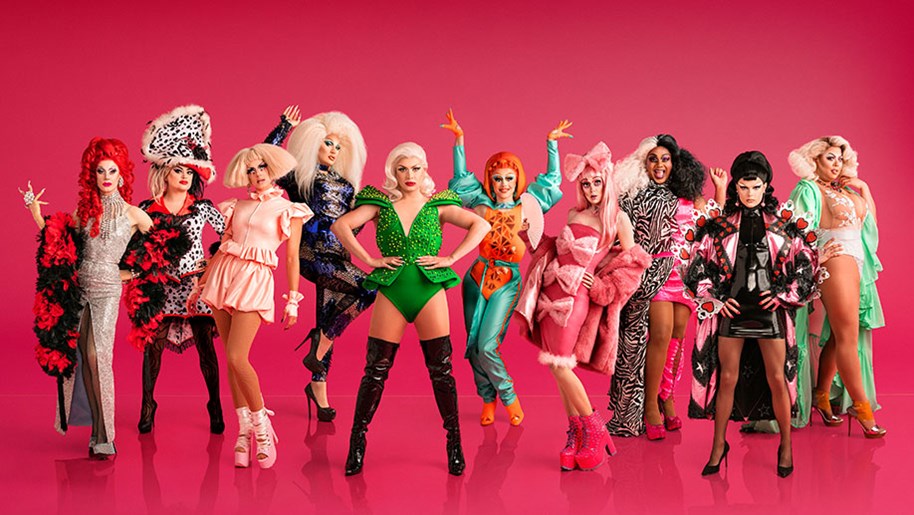 London, Tuesday 1st October 2019 - Passion Distribution will be bringing a diverse slate of over 100 hours of premium factual and world-class entertainment programming to MIPCOM 2019.

Heading up Passion Distribution’s factual slate are two news series from producers Brown Bob Productions for Yesterday (UKTV). THE ARCHITECTURE THE RAILWAYS BUILT (10 x 60’) showcases stunning railway architecture from across the UK and Europe built in the 19th Century to the present day.  From grand stations to signal boxes, viaducts to railway villages and everything in between. In HISTORY HUNTERS (6 x 60’) father and son, Dave and Steve Nuwar run a military antiques business. Dave and Steve travel the country to source items from fairs, auctions, house calls, and online. The series follow the stories behind each item, and regularly get side-tracked by the eccentric world of Dave and Steve along the way.

In POMPEII: THE UNTOLD STORY (1 x 90’), Raksha Dave and Dan Snow piece together the definitive account of what happened in the weeks, years and centuries after the volcanic disaster in 79AD. Produced by Voltage TV for Channel 5.

From producers Wild Bear Entertainment, premium documentary series BRIDGING THE EXPANSE (6 x 60’) celebrates the world’s most iconic bridges, exploring the remarkable feats of engineering from early  history through to the present day.

WORLD’S MOST EXPENSIVE CRUISE (4 x 60’), produced by ITN productions for Channel 5, is a new lifestyle series which offers exclusive access and behind-the-scenes insight aboard the most luxurious ship ever built.

Lifestyle format CORNER SHOP COOK OFF is the ultimate culinary show with a twist where professional chefs go head to head with the series resident chef to create three courses using only ingredients bought from a featured corner shop. A Mentorn Scotland production for BBC Scotland.

OUTRAGEOUS WEDDINGS (8 x 60’) is a jaw-dropping ‘part doc/part clip show’ series, in which professional wedding footage supplied by the bride and groom is combined with astonishing content shot by eager guests. The series features outrageous weddings that push the boundaries of budgets and taste with tears, laughter, fights and pranks – all caught on camera. A back2back Productions production for Seven Network. Also from back2back Productions, HELP! MY HOUSE IS HAUNTED S2 (12 x 60’) brings together three of the world’s leading paranormal investigators who help families reclaim their homes from unwelcome spirits. The series was produced for Really.

In GIRLS ON GIRLS (5 x 30’) five women who have never met, show each other their very different lives over 48 hours. What unites them? What divides them? And what do they really think of each other? A Little Gem production for BBC Three.

In Entertainment, the world of RUPAUL’S DRAG RACE is expanding to include a new UK localised version. RUPAUL’S DRAG RACE UK (8 x 60’), produced by World Of Wonder for BBC Three, sees host RuPaul and Judge Michelle Visage make the trip across the pond to search for the British drag queen with the most spectacular mix of charisma, uniqueness, nerve and talent. WERQ THE WORLD (11 x 30’) is an unprecedented backstage pass and intimate insight into the global phenomenon of drag. This docu-series follows ten of the most famous drag queens in the world as they bring their jaw-dropping performances to ravenous fans across Europe. Produced by World Of Wonder for WOW Presents Plus. RUPAUL’S DRAG RACE is also returning with season 12 (14 x 90’).

After five years away from TV due to a career-threatening illness, award-winning magician Dynamo returns with a new, jaw-dropping three-part special, PROJECT 7 (w/t). The new series is co-produced by Phil McIntyre Television, Inner Circle Films and Motion Content Group for Sky and will air on Sky One and streaming service NOW TV in the UK and Ireland in 2020.